Like countries everywhere, there has long been a migration of people in Japan from the rural areas to the big cities. Especially areas that once relied on coal mining and agriculture have suffered fairly severe drops in their populations. This, combined with the steady decline in the birth rate, have left rural towns struggling for industry that will attract residents as well as tourists. Iga, a small city in Mie Prefecture, has been attracting tourists for some time due to it’s fame as the home of the Iga Ninja Clan.

The city runs the Ninja Museum of Igaryu (Iga is the name of the clan and ryu means school, as in the impressionist school of painting) and has long used private companies to offer ninja shows there. In July, Sally Herships of Planet Money, an economics show broadcast on America’s National Public Radio, went to Iga “to discuss the city’s plan to use ninjas to fight depopulation.” according to NPR’s homepage. In the original broadcast, Herships explained that Iga was planning to build a second ninja museum with more emphasis on virtual ninja experience. Unfortunately, there is a lot of competition for ninja tourism from other cities famed for other ninja clans and that means a shortage of trained ninja performers. Herships said that ninja performers could earn between $23,000 and $85,000 a year. Soon, over a hundred people from around the world and Japan contacted the city to apply for jobs as ninja performers.

By July 23rd, the city had received over 115 phone calls and e-mails from 14 countries inquiring about the ninja performer jobs, according to the Asahi newspaper in Japan. Iga’s mayor, Sakae Okamoto (described as “flabbergasted” by the newspaper,) called a press conference on July 24th to deny that the city was hiring ninjas. The city also posted a warning on its homepage about the “fake news” regarding the ninja shortage. It seems that there is also a shortage of fluent English speakers in the city hall. Here’s the notice, “Please be careful about fake news. It is not information that it sent to from Iga-shi now “lack of ninja in Iga-shi” and thing such as “yearly income of ninja” reported in news sites of the Internet. In addition, please be careful as you do not recruit ninjas in Iga-shi.”

NPR has corrected its website and apparently re-recorded the segment that was broadcast. Mayor Okamoto seems more convinced than ever about the ability of ninjas to attract attention, and quite rightly so. If you’re in Mie prefecture, you can see ninja shows at the Iga ninja museum and even take part in a ninja festival held at the end of April and beginning of May. Just don’t try applying for a job as a ninja. 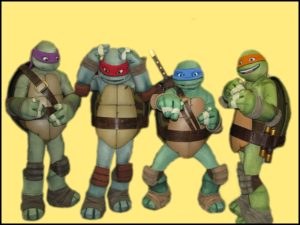 It’s always hard to separate suspicion from religion and ritual and to know how seriously people take them. In Japan, it...

Japan: The Big Picture The White House couldn’t receive a tsunami of mail, a big storm in the Pacific wouldn’t be a typ...