It’s always hard to separate suspicion from religion and ritual and to know how seriously people take them. In Japan, it seems there are a lot of superstitions and they’re woven into the culture through religion, especially Buddhism. On some calendars, like the one in my diary book, there are Japanese characters that denote a repeating cycle of six auspicious and not so auspicious days. Fortune tellers use the Chinese zodiac of twelve animals, called jyuunishi in Japanese, shrines and temples sell “omikuji” which resemble the paper in fortune cookies, there are seven gods of fortune many people display at New Year’s, and there are a number of charms you can see on phones, backpacks and refrigerator magnets.

I’m still not sure of the connection and too tired to research it right now, but there are six states of existence and six directions of incarnation and six of a bunch of other stuff in Buddhism. In Japan there are six days, called rokuyo, that apparently come from Buddhism and cycle between better and worse luck. The six days in the usual order are:

I’m not sure about the other days, but I can guarantee that very few people get married on butsumetsu and many get married on taian, even weddings that are supposed to be Christian. The red of shakko refers to fire and blood and you’re supposed to be careful around knives and while cooking on this day. The six days are based on the lunar calendar with the first days of months always assigned the same Rokuyo day. Sensho is the first day of months 1 and 7, tomobiki of months 2 and 8, and so on. It’s incredibly tedious to try to calculate these but someone does and graciously writes them on my calendar; where they are mostly ignored.

Most of what I’ve read claims the Japanese adopted the Chinese zodiac with its twelve year cycle of animals when Buddhism came, in the sixth century, C.E.. There are twelve animals that each have characteristics and five elements that also have specific characteristics. The animals are mouse, ox, tiger, rabbit, dragon, snake, horse, sheep, monkey, rooster, dog, and boar. The five elements are metal, wood, water, fire, and earth. Each time the animal cycle begins, the animals are paired with a different element, so there is the mouse metal year and the mouse wood year and the mouse water year, etc.. The five elements cycling through the twelve animals results in a sixty year cycle. For us humans the end of the cycle is celebrated on our sixtieth birthday called kanreki in Japanese.

The characteristics of the animals are: 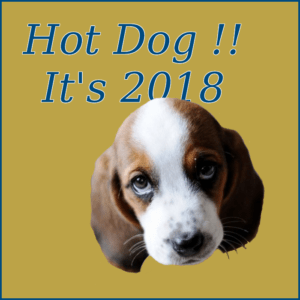 Horse is skillful in paying compliments and talks too much

Sheep is elegant, highly accomplished in the arts, passionate about nature

If you were born in January or early February, be careful of the charts that give the animal sign according to year only. This zodiac is based on the lunar year which can lag as much as a month from the solar year. You’ll want to consult a chart that shows the date of the beginning of the lunar year. I was born February 2nd, 1956, for example, and simple charts show 1956 as the year of the monkey but the lunar year actually started February 16th that year so I’m really a sheep (or maybe a ram ?)

By the late 1800’s Japanese Buddhism used a set of eight patron guardians that were assigned to points on the compass. One god each was assigned to north, south, east, and west, and to northwest, southwest, northeast, and southeast. Later one of the zodiac animals was assigned to each of the four cardinal compass points and two animals to each of the semi-directions. So people versed in all this can tell your age, personality, characteristics based on your element, and your patron guardian. For much more than most people care to know about this I recommend the website onmarkproductions.com and its A to Z photo dictionary of Japanese Buddhist Statuary. It has pages of information and all kinds of ways to calculate your zodiac signs.

More about fortunes and fortune telling in part 2

Summer in Japan is incredibly muggy (蒸し暑い for Japanese readers) and that leads to what Japanese call natsubate (夏バテ)...

The Land of the Rising Sun The word "Japan," for you crossword puzzle and Scrabble fans, is an exonym for the land ...

So it's not really a store ? or maybe the staff always tricks the customers ? or if you want to pull a prank on someo...
Why Japan
Fastidiously handmade Himono by Oshimaya in Omuta city, Fukuoka